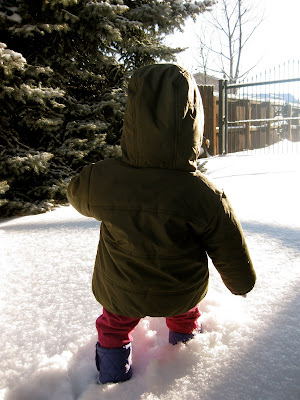 After we bundled up Madison, she ventured out in the snow for the first time. There was beautiful powder everywhere you looked! 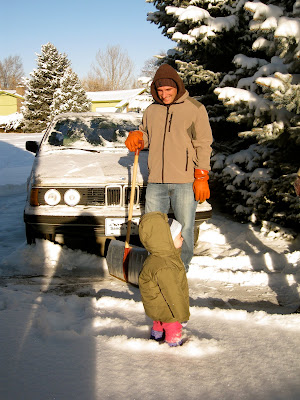 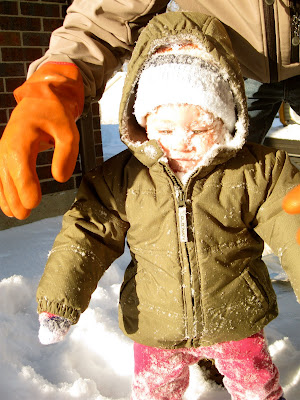 And then a face plant in the snow! She could hardly move with all the layers, and ended up covered in snow- she's not a fan of the cold we found out :) 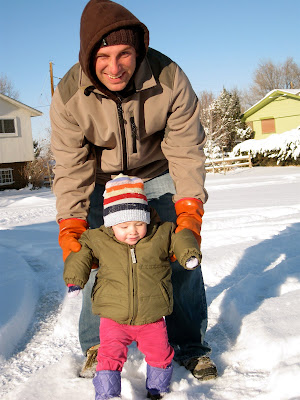 Then Daddy decided to teach her how to stomp on the snow. 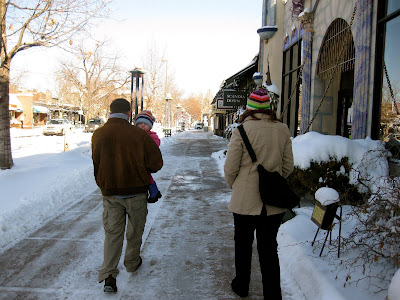 After the snow experience, we took a trip to downtown Denver. Uncle JJ (Jesse's brother) and Aunt Danielle had fun walking her around. 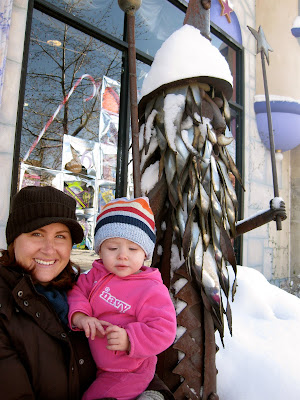 At The Wizard's Chest picking out a few games for the week. 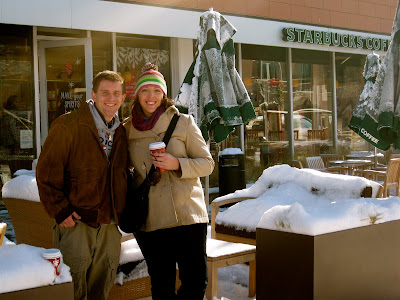 Then we made a stop at Starbucks (which was covered in snow- too weird!) 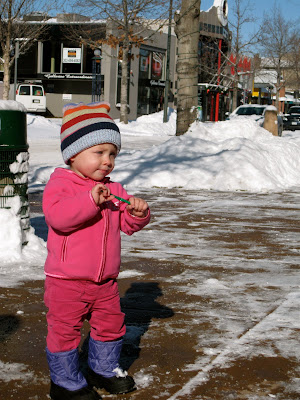 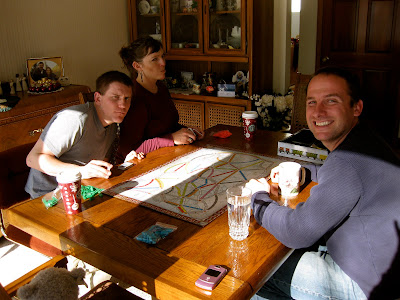 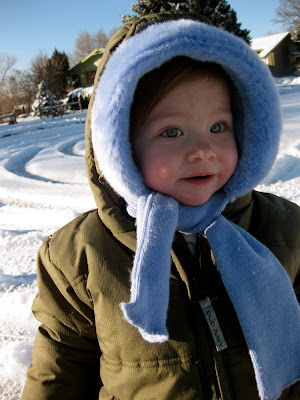 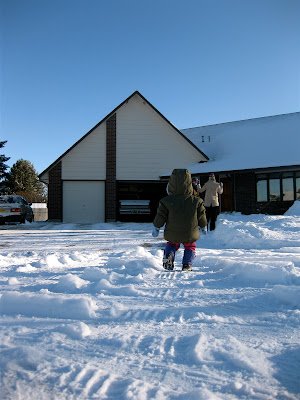 You couldn't tell where the street ended and the sidewalk began! 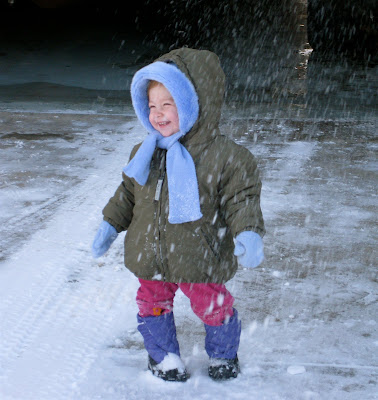 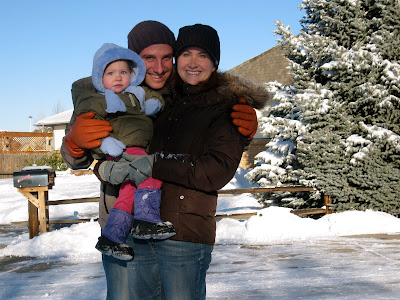 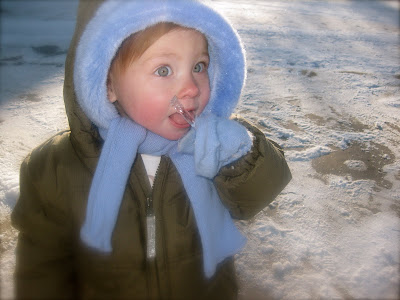 Maddie pulled an ice sickle off from the bottom of a car and started chewing on it! Becoming acclimated in one day :) 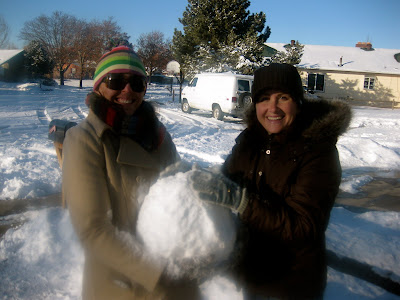 The creating of our snowman. 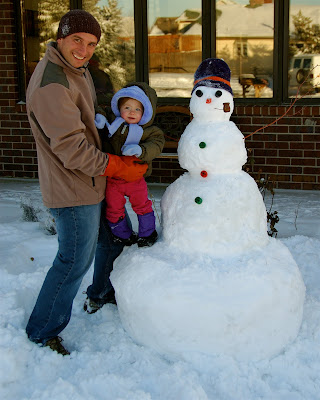 Our handsome snowman (I might add that Uncle Mike really rescued our poor attempts at making a snowman). 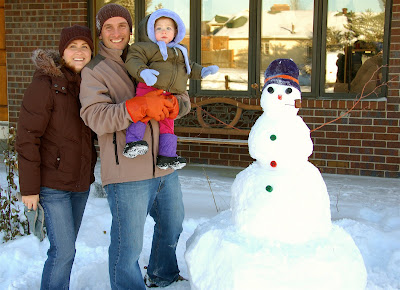 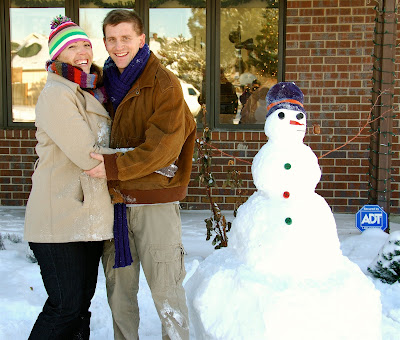 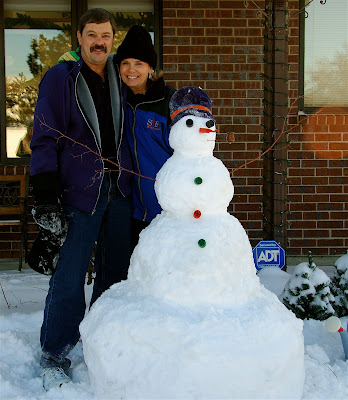 Uncle Mike and Aunt Di were the most gracious hosts the whole week! 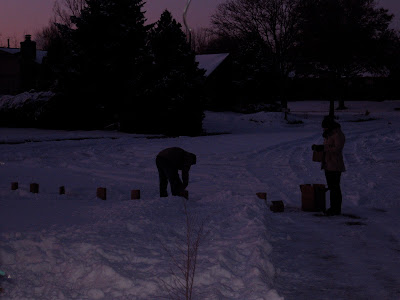 That night (Christmas Eve) Jesse and Danielle put out the luminarias.
Posted by Deidre Johnson at 1:09:00 PM

Very cute pictures! I love the one of Maddie with a snow ball being thrown at her. So cute! You guys look great in the snow. Maybe you should think about moving to Phoenix. :)