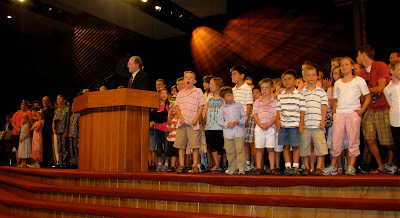 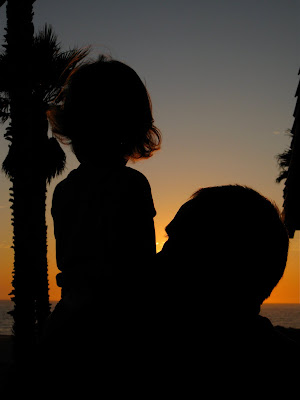 We spent this past week in Mandalay Bay for Grace Church's Missionary
Conference. Every two years our church puts one of these on, and all of the missionaries we support gather in one spot for a time of teaching, encouragement, reconnecting, and meetings with the ECHO elders. Jesse is one of those elders, so we had the blessing of being there for the whole week! It was such a refreshing time away in God's Word, fellowshipping with like-minded believers, and as a family. 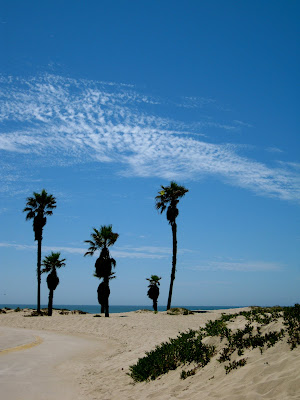 And look at our view from the hotel...can you believe how beautiful it is?! 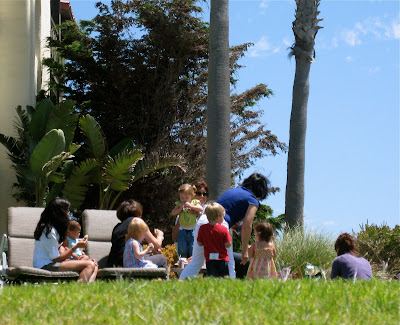 Here's Maddie (being held up by Terri White) and the other kids in her age group that are out for lunch. While the parents were in the sessions and meetings, the kids were put in groups according to their age. The volunteers that cared for the 100's of children were amazing!
Carey Hardy, Wayne Mack, and Rick Holland taught on the theme of marriage over the week. There were two sessions every morning, and one at night. 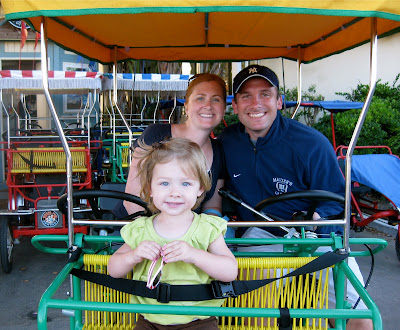 During free time one afternoon we rented a bike and toured the area. 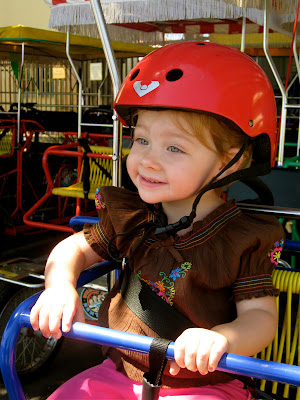 Mads had fun up front. She would tell us whenever cars were coming our way! 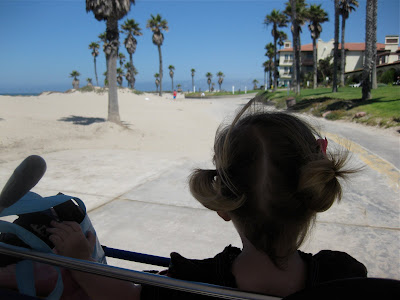 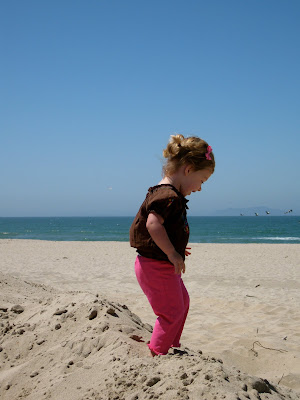 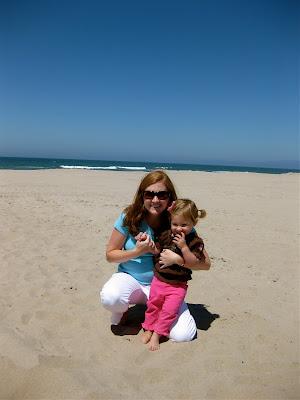 Look at that tongue! 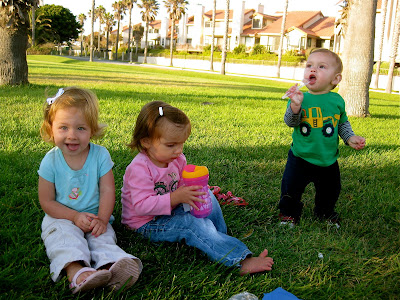 Most meals were provided to the whole group in the park. Maddie LOVES her friend Abby- she talks about her all the time!! 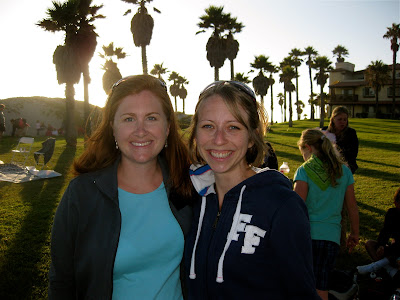 One of the highlights for me was seeing a few of my college friends that are now on the mission field around the world. Emily and I met and became instant friends our freshmen year at TMC (1997). They have been serving at a church in Scotland for the past 5 years, and are moving this next week to a new church in England. It was fun catching up with her and seeing her 3 children! 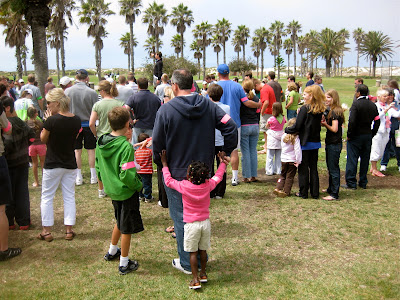 There was a crazy relay game where the different countries represented competed against each other. Here's everyone listening to the instructions. 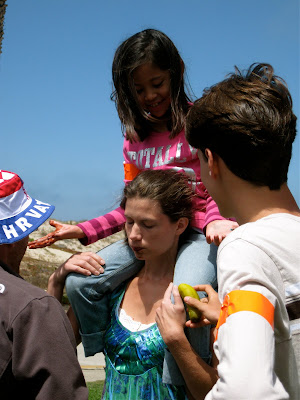 Here's another friend, Sharon, from TMC that now lives in Russia. It was fun meeting all 5 of her kids- she's a busy lady! Here she is at the station where they had to eat a chocolate covered banana fed to them by a person on their shoulders! 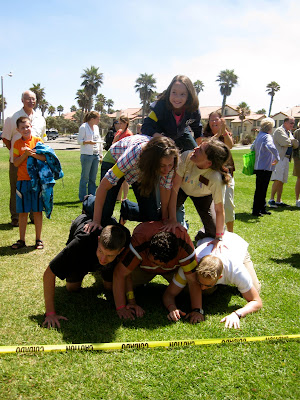 There were many more stops (like having to go for a swim in the ocean, and doing a three-legged race, etc. before they ended by forming a pyramid of people. The winning team had to eat the baton (which was a pickle) that had been passed throughout the race to each station. Wow! This was fun to watch :) 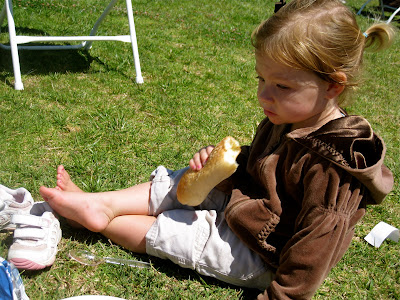 Just chillin in the park with a hot dog. 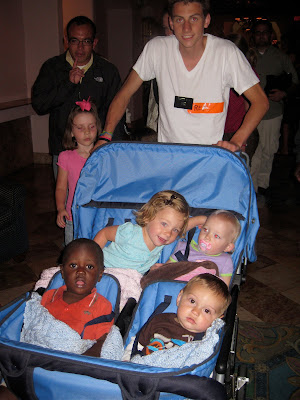 Can you believe this stroller?! Yeah, it's a 4 seater! These kiddos are too cute. They are sleepy, too. The last night (at 9pm) all the kids were brought over to watch a video from the week. When Maddie saw her friend Abby in one of the pictures, she yelled out her name..so cute!
On a side note, I felt pretty old when I realized that I had taught the guy pushing the stroller how to swim! The missionary kids have grown up!! 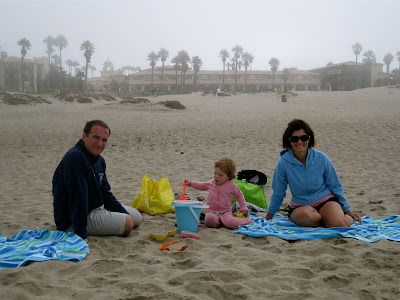 The last day was pretty overcast, but we still went to play in the sand.
We are so thankful that we were able to be a part of this week. It was a blessing to our family! These missionaries are our heros as they serve the Lord faithfully by giving the gospel of salvation all over the world. If you'd like to see the video, please click on this link.
Posted by Deidre Johnson at 7:40:00 PM